home Blog The Intruder, a Never Before Released ’70s Slasher, Gets a Blu-ray Debut! 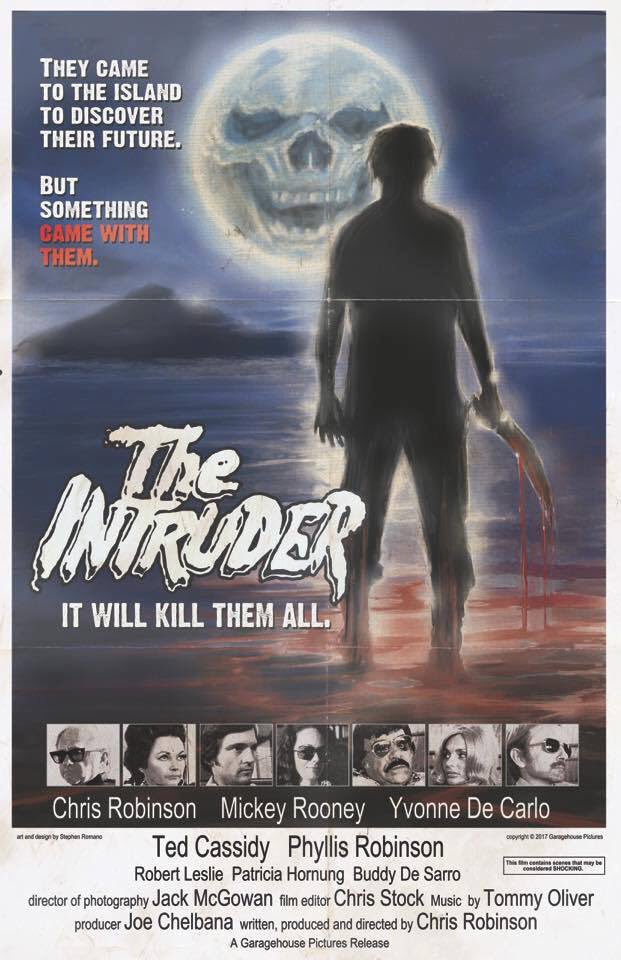 The folks at Garagehouse Pictures have done it again! A few months ago I reviewed a movie released by Garagehouse titled The Satanist. It is a film that was long thought to be lost, but after a print was found it got its first-ever home video release, a beautiful Blu-ray complete with restored picture and sound as well as a few extras. Well, history seems to have repeated itself, because Garagehouse Pictures is set to release another long lost film this August, the never before released 1975 thriller, The Intruder.

As the story goes, actor and occasional writer/director Chris Robinson made The Intruder for about $25,000, but a disagreement among the film’s distributors prevented it from ever reaching theaters. Afterwards, the only known 35mm print was lost before the movie could be salvaged and released on home video. Robinson thought his film had been lost forever, but in 2012 Garagehouse Pictures owner Harry Guerro discovered a print of The Intruder in a storage facility. Now the film is finally ready for release, and starting August 1st we can all finally see this piece of film history.

The film features actors whom Robinson had worked with previously, including Mickey Rooney, Yvonne De Carlo, and Ted Cassidy. The story focuses on a group of would-be treasure hunters who travel to a remote island in hopes of finding a cache of gold. But there is someone else on the island, someone who is hunting for blood rather than riches. Take a look at the trailer recently released by Garagehouse.

Garagehouse Pictures describes The Intruder as a proto-slasher in the style of an Agatha Christie horror-thriller with a body count that rivals Friday the 13th. It sounds promising, and the trailer certainly gives off a classical murder-mystery vibe. I don’t expect the movie to be anything spectacular, but there is something very awesome about being able to see a movie that was thought to be lost forever. It’s like I wrote in my review for The Satanist, the story surrounding the movie might be more interesting than the movie itself, but it’s still exciting to be able to be one of the first to see a movie that has only been viewed by a handful of people at this point.

The Intruder will be released on August 1, 2017, and you can pre-order the Blu-ray right now at DiabolikDVD.com: http://www.diabolikdvd.com/product/the-intruder-garagehouse-pictures-blu-ray-all-region/