Child’s Play 2 has a distinctly different tone that its predecessor, but is that a good thing or a bad thing? 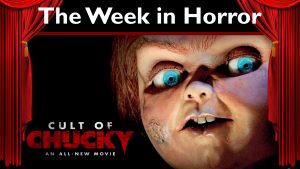 There’s always something to talk about in the world of horror, so this year I’ve resolved to do a better job of staying informed about new developments in movies, games, literature, and everything else. Part of that resolution involves what I hope to be an ongoing series of videos where I talk about current news …

Child’s Play is considered as a classic, but is it deserving of its highly regarded position in horror history?

Blair Witch is part remake and part sequel to The Blair Witch Project, but can it live up to the standard set by one of the most influential found footage movies ever made? 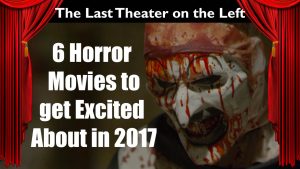 It’s a new year! The holidays are over and it’s time for everyone to start thinking about going back to work and school (unless you work in the service industry where you never stopped working and the end of the holidays feels like a vacation in itself). But along with the drudgery of returning to …

Based on the cult indie game of the same name, Ao Oni: The Animation is a goofy comedy anime series featuring a giant purplish-blue monster murdering high school kids. Is it as fun as it sounds?

Season Seven started with one of the most emotional episodes in a long time. It wasn’t perfect, but it was a good start to the next chapter in the series.

The critically acclaimed horror podcast Lore is headed to Amazon Video next year.